If you’re like most other men, chances are that you’ve taken the time to admire, at one point or another, the natural beauty of women from a specific country or region. And whether you’ve noted and appreciated the gorgeous physical characteristics of Romanian women or not (perhaps a quick Google Image search is in order!), it’s difficult to deny that the nation’s females are breathtaking, eye-catching, and positively radiant.

In the following text, I’ll try to explain what exactly makes us Romanian women so easy on the eyes. With any luck at all, you’ll develop a newfound understanding of and admiration for not just Romania’s ladies, but its culture and overall appeal as well.

Without further ado, let’s take a detailed look at what makes Romanian women so gorgeous!

That’s not to say that history and genetics are the only reasons Romanian women are so gorgeous. (I think I’d be offending quite a few of these women if I didn’t acknowledge their comprehensive morning routines.) Rather, you’ll find that their natural beauty is accentuated and enhanced by contemporary culture and norms.

In Romania, the emphasis placed on female beauty is pronounced and multifaceted. Beauty is a mark of respect and a means of improving one’s social status. If you’re from Canada, America, or most parts of Asia, this latter point — that which allows a woman’s appearance to impact her social status — might seem odd, but the reality is that this element of Romanian culture isn’t different from other elements of culture in countries around the world; it’s simply more open and prominent.

To increase her prestige, social acceptance, and overall appeal, a Romanian woman, in addition to taking steps that women in other nations take, will usually work hard to assure that she looks her best.

Again, if this seems odd, think about how prominent of a role female appearance plays in your own country. In Romania, though, the matter is “public information.” This is just another example of the openness and straightforward communication of Romanian culture—elements that make it easy for you to know and understand what citizens are thinking and feeling at a given moment!

Consequently, if you’re looking to make positive impression on a Romanian woman, consider being a bit more forward and to-the-point than you normally would be. So long as you’re complementing her appearance, this forwardness will be appreciated, and will more closely align yourself with her cultural views and experiences.

And if you play your cards right and find a desirable Romanian partner — well, then you’ll be one big step closer to understanding why such an emphasis is placed on beauty, as well as why Romanian women look as fantastic as they do.

Reason #2: It's All About the Accent of Romanian ladies

At one point or another, regardless of which part of the world you come from, you’ve probably been interested in the accent of another country’s citizens. There’s something inherently appealing and intriguing about different ways of speaking, and many countries, including England, France, Australia, and more, are renowned for their manner of delivering words.

However, Romanian women (and as before, perhaps an internet search is in order) have one of the most appealing and pleasant accents of any country’s residents. This accent highlights the physical advantages of Romanian women; it highlights the mystique and sense of limitless possibilities that surround their persons, and it helps to draw attention to their kind-hearted words and behaviors.

Helpful as it is, though, this information it just the tip of the iceberg; you shouldn't hesitate to learn about and visit the country in your spare time, and with any luck at all, you'll get a firsthand impression of the characteristics that render Romanian women the best women around.

It’s hardly a coincidence that accents have been, since the dawn of time, a source of much thought and focus. The aforementioned reasons Romanian women are so beautiful are made even truer and more definite by their accents, and the end result of these points is a must-see portion of Romanian culture.

Speaking of Romanian culture, hopefully this text helped you to understand a little bit more about the nation of 21.5 million individuals, as well as what makes roughly 50% of these individuals so notably gorgeous.

I would say that the major contributor to Romanian women’s physical traits is genetics, with an emphasis on the historical factors that produced these genetics. Between the Bronze Age and the Iron Age, Romanian society was, in terms of genetics, relatively insular; most Romanians married and had children with other Romanians.

To be sure, scientists have found DNA evidence of Romanian genetics in the mentioned time periods, and the specified insular matchmaking was determined from this DNA. The result of these points is a cohesive, one-in-a-million style of appearance.

Additionally, these points have worked to produce riveting culture and lifestyles in the country. Long before most other countries began to develop their gene pools and DNA, Romania’s physical and biological characteristics were being formed.

Just in case that description has left you scratching your head, consider this: By finding DNA and recovering corresponding DNA information from Romania circa 1000 BCE, scientists were able to determine that Romanians had long developed their own unique physical appearances.

Just as some physical traits are prominent in other long-standing countries and civilizations, Romanians became unique-looking in the most positive possible sense; more recently founded nations, including the United States, are still developing large-scale physical traits.

Additionally, so too are long-established countries, including England and Australia, that saw their populations become more genetically diverse as a result of inter-country mingling and relationships with individuals from other parts of the world.

In more recent years, the idea of uniqueness in Romanian appearances was further confirmed. Citizens of the country are, genetically speaking, smack-dab in the middle of the European spectrum; they don’t look too much like Europeans from the center, southern, eastern, or northern part of the continent. Rather, they look Romanian. 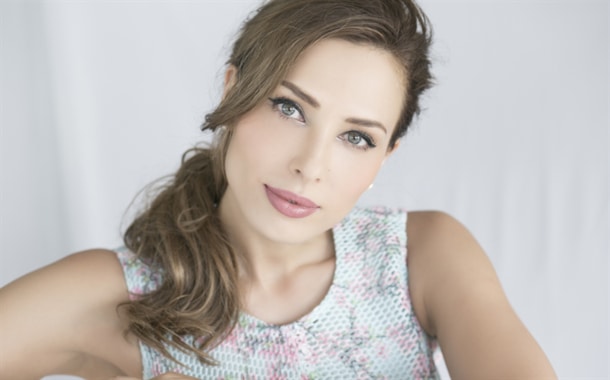 Important With this in mind, you should be better able to understand why and how Romanian women look as beautiful as they do. A storied, far-reaching history had rendered the country's genetics strongly predisposed towards aesthetic pleasantness, to the benefit of onlookers all around the globe!

Romania is a vibrant, exciting, potential-filled European nation, but that doesn’t mean that traditional gender roles, family values, and societal norms have been uprooted by current trends.

Rather, Romania has entered the twenty-first century with an emphasis on social responsibility, history, and maintaining important cultural elements of the past—not unlike the United States, Poland, most of Asia, and many other countries have. Should you travel to Romania, you’ll find that this point helps to create a distinct and pleasant culture.

And in terms of the beauty of Romanian women, these traditional gender roles contribute to and enhance physical characteristics in several ways. First, they provide women with the opportunity and the means required to look their best. 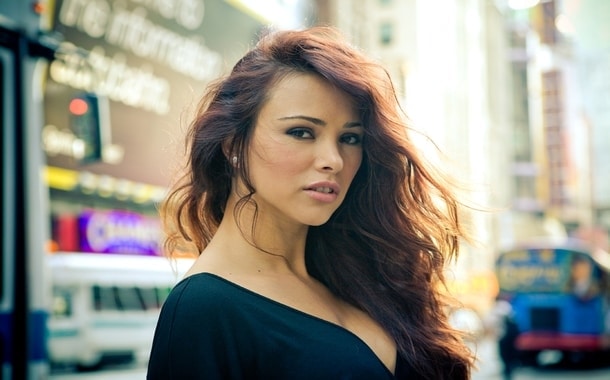 Money and time aren’t issues for Romanian women, and by being able to spend comparatively large amounts of time and cash on their appearance, their beauty is amplified and enhanced.

Additionally, it’s believed by many that Romania’s traditional gender and family roles, which allow mothers to play a prominent part in raising their children until they reach adulthood, may contribute to the beauty of the country’s women. By growing up in a healthy, welcoming, and instructive environment, girls can learn extensively about traditional appearance guidelines and contemporary practices.

Again, you’re probably thinking that this information is a lot to digest, but consider the following summary. Romanian women have all the resources they need to look and feel their best—resources, as a matter of fact, that women in other countries often complain about not having ample access to, including cosmetic supplies, suitable clothing, time, and money.

Additionally, because traditional gender and family roles are deeply entrenched in Romanian culture, mothers spend a comparatively large amount of time mentoring and raising their daughters; this time is used, in part, to instill valuable instincts, skills, and emphases pertaining to natural beauty.

This Romanian woman is happy you’ve read her article, and she looks forward to seeing you visit in the near future!