According to statistics, Western men are heading in record numbers over to Ukraine in order to find their soul mate, but there is a very good reason for this. Odessa is the major location for most Western men looking for love, so it pays to take a much closer look into what Odessa may have to offer a single man looking for the perfect match.

Most foreign men practically fall over when they walk through the streets of Odessa as beautiful women are everywhere. They sit on the many café terraces, can be found walking together in the parks, and make up the chief audience of any opera house. These Ukrainian women are plenty willing to pair off with any foreign man that will give them a second look, and although the average foreign man that attempts to steal their eye is over the age of sixty there are plenty that are closer in age.

The scene usually looks the same, one Western man sitting with a very attractive Ukrainian girl that is likely in her twenties and another young woman that serves as a translator between the two since there is an obvious language barrier in most cases.

Translators may or may not be telling the truth, but they certainly make things look golden to the outsider with phrases that include telling the man that the Ukrainian loves a strong man and telling the female that she loves the idea of blending their cultures.

In truth, the woman is usually so attractive it probably doesn’t matter what is being said.

Home to hundreds of marriage agencies

Odessa is home to hundreds of different agencies that primarily specialize in offering dating and marriage services to foreigners.

Their goal is to get foreigners to travel to Odessa to save impoverished young models that are so tired of their way of life that they will jump at the first offer they get from any type of Western Prince Charming to take them away from the country.

While bride industries are nothing new in countries like Asia or Eastern Europe, right now Odessa is the hotspot for men that want to fall in love with their new bride.

One company in Odessa named Anastasia Date offers its members a ten day romance tour of the city.

Last year the company managed to turn over £90m in revenue because of its chat services that allow men to pay as much as a pound per minute just to talk with women that might be a good match for them. For another £10 they can send out an email message.

Odessa is not the only location that Anastasia Date works with as they also offer tours in the Philippines and Colombia.

The ten day tour is by no means free however, as there are costs that are associated with many of the steps. For the whopping sum of £3000, 39 men are brought to an induction meeting that kicks off the tour and are told that they can head out to three different social events. These events all take place at nightclubs in Ukraine where hundreds of women are supposed to be in attendance. Each of these women is supposedly searching for love allowing the men to have plenty of available options.

After meeting as many Ukrainian women as they like at the clubs, the men can choose to meet up with the women for one on one dates throughout the following week. They also are allowed to meet up with women that they might have talked to online in the past. Each of these dates is provided a translator to make things run a bit smoothly. If everything goes as planned, then the men have the option to propose at the end of their ten day tour.

Most of the socials end up with the men getting dozens of dates that they can go on for the coming week. However, despite the fact that dates are not in short supply, most of the men complain that they have spent thousands before traveling to Odessa talking and chatting with women and wanted to meet these people. However, the people that they have been chatting with somehow seem to have a habit of disappearing when they get there. 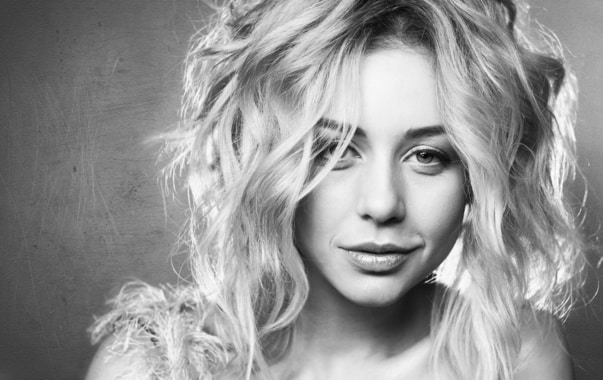 This is apparently part of the plan with many of the women turning off their phones or arranging dates that they have no plan to actually attend. Others say that an ailing relative has left them unavailable suddenly. Most of the men are pretty disappointed when this occurs with each sharing their own stories of women that they had chatted with every day that they really wanted to meet. This is the main reason why many of the men make the leap and decide to come.

Is everybody involved in the mail order bride mafia?

Also a bit disappointing is the fact that translators have to accompany all dates, even when it is obvious that the girls may speak English.

This would not be such a bad deal, except for the fact that men have to pay the translators by the hour. In addition, many men report that they are taken to overpriced locations by their dates, forced to shell out a lot of money, and then they do not see the women again.

Some men even think that the waiters get kickbacks from the girls that lure the men
into the high priced clubs, diners, and restaurants.

Conclusion: Dating scene in Odessa is not fabulous at all

Closer inspection and questioning of locals proves that the dating scene in Odessa might not be all that it seems. Instead, some of the women do not even exist.

Many women play the face of a woman that does not exist, pretending to send seductive notes and messages. These women are paid to scam men into coming into the country, and they do their part well.

The women on dates tend to take advantage of the men for a free meal, and the worst of the worst might accept a proposal, but only so that they can get as much money as possible before disappearing.

Dating in Odessa is like looking for the needle in a haystack, but it is certainly not a guarantee.

1 thought on “The Dating Scene in Odessa: a Fabulous Fake or Business?”