I love Kiev! 🙂 I was born there and studied at the University of Linguistics. I guess that Kiev is one of the most scenic and historically rich places in Eastern Europe. I think that even travelers with no previous exposure to this country’s architecture, culture, and natural landscapes will be very glad they made the trip.

To my way of thinking, Kiev has always been more of a prize than a player. Rich and powerful, yet never strong enough to function as the heart of its own empire, the city of Kiev was a welcome addition to whoever gained control of it.

Today, I tell you, dear readers, about the most beautiful and interesting sightseeing places in Kiev. Discover Kiev, a wonderful and tremendous capital of Ukraine. There you can discover interesting places and maybe meet a woman of life.

Kiev was built between 1017-1024. The entrance to the city is known locally as “Zoloti Vorata” which means the golden door. For many centuries the Golden Door has served as a beautiful gateway leading to the ancient city of Kiev. It is very popular among tourists and visitors.

The architecture of the door was inspired by its namesake, the Golden Gate of Constantinople. A Kiev guide who can lead you on a tour of the historic city of Kiev during your visit.

Over time, the Golden Gate was transformed into a museum. Although gradually it has fallen into ruins, it remains a magnificent landmark. In the 16th-17th centuries the grand Golden Gate was in poor condition. Badly damaged and almost in ruins, a great effort was put forth in the initial survey and conservation of the ruins that were left behind.

Other works in the 1970s added a pavilion beside the Golden Door. Reconstruction efforts rejuvenated the Magnificent Mile to its former glory in 1982. This period of reconstruction marked the 1,500th anniversary of the installation of the Golden Gate entrance to the beautiful city of Kiev. More information may be found in the various Kiev guide books available at many local bookshops. 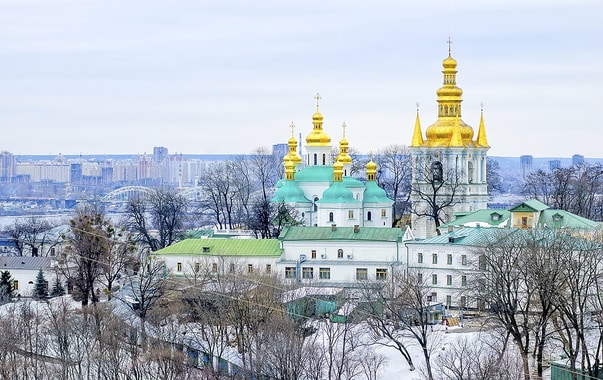 Kiev played a major role in the 1941 and 1943 campaigns on the Eastern Front during World War II. In 1941, Kiev was at the center of the largest battle of encirclement and annihilation in history.

Nearly a million men were trapped along the middle Dnepr as Kleist’s First Panzer Army drove from the west and Guderian’s Second Panzer Army sliced down from the Northeast to meet up in the rear of Marshal Budenny’s defending forces.

An estimated 663,000 men were captured but this gigantic tactical disaster is deemed a strategic error since kiev ukraineit delayed the German assault on Moscow and allowed the onset of winter weather to delay the final assault on the Soviet capital.

Later, in December of 1943, Kiev was again the prize as the last large-scale German offensive on the Eastern Front attempted to regain the recently-lost city of Kiev but failed in the Battle of Zhitomir.

Following the collapse of the Soviet Union, Kiev again became capital of an independent Ukraine in 1991 but remains subject to many of the same extra-territorial forces that have always afflicted the city.

The large and powerful Russian Federation remains its neighbor for better or worse, and has a tendency to regard Ukraine as a sort of escaped province to be regained rather than as a friendly and independent neighboring state. Kiev’s historical legacy rolls on.

The Top 5 attractions in Kiev

Here is a list of the must-see and most amazing historical and contemporary attractions in Kiev.

The Mother Motherland bird’s eye view of Kiev is in my opinion an experience to always remember. This monument is a statue of a woman holding a sword and shield symbolizing the Soviet victory during what Westerners know as the Eastern front of the Second World War.

Ukrainians know it as the Great Patriotic War and still view it as a memorial to both soldiers and civilians lost in that war. I think that a visit to the Mother Motherland presents a different point of view about another nation’s experience of World War II; it is a step away from the one-sided view of history that many of us learn in school. 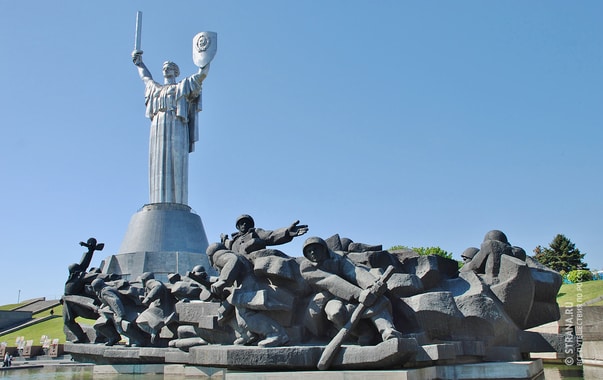 An ascent to the top of the Mother Motherland statue may be dizzying to some, but I believe it is worth the effort. 🙂 Unlike some other famous statue bird’s eye views, stairs are nowhere to be found. Visitors reach the top viewing area by way of narrow elevator shafts and ladders inside the monument that end at round manholes.

It takes a certain amount of physical strength to pull oneself through the manholes, but the breath-taking view is worth it. Safety harnesses are also provided for everyone, and viewers have the options of climbing to platforms at the top of the statue’s shield or at several other points along the way up.

Khreshchatyk Square is another must-see place in Kiev, and it is considered one of the main areas of city activity. I think that visiting the square on the weekend is worth the trek and the bustling crowds because the normally busy street is closed to vehicle traffic.

This district is also one of the best places for shopping and dining with Ukrainian women. Khreshchatyk Square has also undergone several architectural make-overs largely due to wars and revolutions. This main street is a hub of parades and celebrations during holidays such as May Day, Kiev Day, and Victory Day. 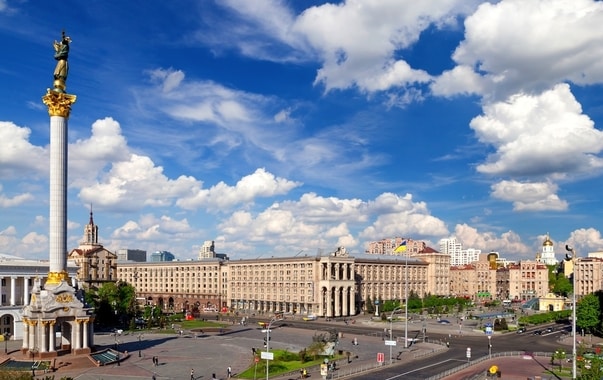 Andrew’s Descent is another street with a good deal of history behind it. It is additionally a thriving arts district. This particular neighborhood of Kiev is named after the apostle who allegedly had a vision of the city before it was ever built. 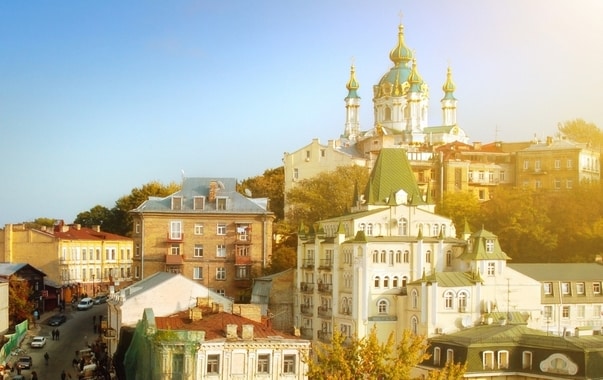 I believe Andrew’s Descent is the best place in Kiev to find original artwork done in the unique styles of this particular culture. Visitors can browse and haggle prices for ceramic sculptures, oil paintings, and handmade jewelry from street vendors.

This area is also a great place to watch various street musicians and other types of performers. I think that Andrew’s Descent is not to be missed for an evening walk because the cobblestones and streetlights create an ambiance that seems to be out of another era.

These popular areas and landmarks are just small samples of what this unique city has to offer. I believe that sightseeing in Kiev is a very memorable experience that is worth the (romantic) trip.

Kiev is full of stunning women walking around

Kiev women are known to be some of the most beautiful in the world. They are reputed to be generally very intelligent and very beautiful. They are also known to be very focused on what they want and want to achieve, to the best of their abilities.

Chances are they will have either a college degree, or will work toward one. Typically, Kiev women have enormous pride in their appearance and dress to highlight their femininity.

They understand the classical power of their femininity and womanhood. Interestingly, the traditional role of Kiev women seems to engender both greater respect and empowerment in their own country, than women receive in the West.

As with many countries that were once part of the former Soviet Union, Ukraine has spent the past couple of decades forming a unique identity. A visit to Kiev would not be complete without experiencing landmarks such as the Mother Motherland monument, the Museum of the Great Patriotic War, Khreshchatyk Square, and the historic district of Andrew’s Descent.